Now almost everyone has heard of the Founding fathers of the USA, but not many people know that Channel School has its own, esteemed and gifted Founder. In fact it could be said that John Gale founded not one but two schools in North Devon, or at the very least was highly instrumental in their foundation. John came to Ilfracombe in 1973 to become headmaster of a local school, Ilfracombe Grammar School, but subsequently became involved in a number of activities within the wider economic and social context of the community, carving out for himself, without exaggeration, a place in the history of his adopted home locality. 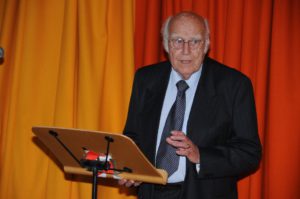 John led the transformation of education in Ilfracombe by overseeing in 1973 the merger of all secondary-level schools into one, at that time known as Ilfracombe Community College, later renamed Ilfracombe Academy. Not satisfied with this John and his wife, the indomitable Pat, became involved in, eventually owning, Country Cousins Ltd, one of the oldest English language organisations in the UK. 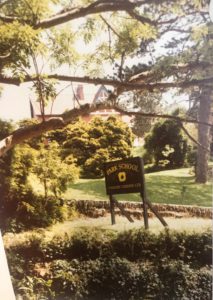 For some time the organisation had to make do with rented premises. Then in the 1980s through a chance occurrence the former nurses’ home, presently Channel School, became available. The potential of the building in the idyllic surroundings of a public park must have been immediately apparent to John and his wife, who bought it and transferred it into the atmospheric, intimate, friendly school we have all grown to love. 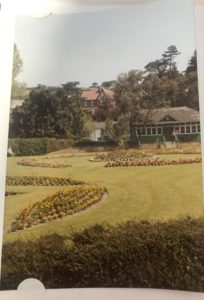 Unfortunately, John passed from amongst us in October of this year. His legacy in terms of extensive charity work with the Rotary club, Samaritans, the St. Mary Lyncombe Trust, his work in state education and, not least, in the foundation of Channel School remain as a testimony to both John and his wife. Many thanks John Gale for all you have done for us and may you rest in peace! 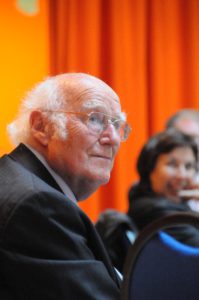